Thanksgiving Games that will make this wild and crazy holiday a little wackier!

Did you know that the author of the first song recorded by phonograph fought (lobbied) for 36 years before Lincoln declared the November national holiday named “Thanksgiving”?

Move over gravy, it’s time to spice up this Thanksgiving holiday with some fun games and facts sure to make this year the best holiday in memory (or at least different than the last few in memory). In case you’re in a hurry, we’re including a link to this blog in Word and image format, because not every Thanksgiving dinner table has WiFi or cell service. Even though the 1600s witnessed the Pilgrims celebrating Thanksgiving after a drought, their thanksgivings were days of religious fasting (rather than feasting). The 1700s watched George Washington issue the USA’s first Thanksgiving proclamation. John Adams, and James Madison (Washington’s successors) also dedicated thanks days.

How Thanksgiving came to be a national holiday:

Thanksgiving games to start before eating:

Thanksgiving Games to play at the table:

Whether you play any of our games, or not – we want to thank our clients for allowing us the chance to serve you. Of course, we would not be in business without our clients, but it is knowing we are helping care for you for which we are grateful.

Yes, “Mary had a little Lamb” was the first words recorded by phonograph. Although that “phonograph” was a tinfoil sheet wrapped on a cylinder that Thomas Edison figured out while working on improvements to the telephone and telegraph – when you can’t think of anything to say, it’s usually a nursery rhyme that comes to mind. Since nursery rhyme’s intent are often missed by the first few verses we all remember, here’s the entire “Mary had a little Lamb” verse to kickstart thinking of the people we can say thanks to.

Mary had a little Lamb

(it’s more fun if you sing it)

Mary had a little lamb,
whose fleece was white as snow.
And everywhere that Mary went,
the lamb was sure to go.
It followed her to school one day
which was against the rules.
It made the children laugh and play,
to see a lamb at school.
And so the teacher turned it out,
but still it lingered near,
And waited patiently about,
till Mary did appear.
“Why does the lamb love Mary so?”
the eager children cry.
“Why, Mary loves the lamb, you know.”
the teacher did reply 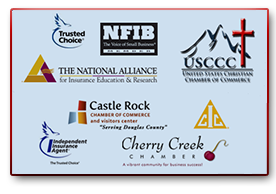